The state police on Friday recovered these bombs based on a tip off about explosives lying at Padmapukur area under Pranganj Gram Panchayat in 148 Bhangor Assembly constituency -- an input that left security agencies into tizzy.

A raid was conducted based on the information and the recovery was made from a bush in the presence of policemen of Baruipur police station.

A specific case has been registered over this incident.

Deputy Election Officer, South 24 Parganas, informed that investigation of the case is going on while no one has been arrested till now.

The recovery is made at a time when two of the eight phases of Assembly elections in West Bengal has been conducted so far and the third phase is slated on April 6.
The Assembly polls are being conducted in the state for 294 seats. The election began on March 27 and the counting is scheduled on May 2. - IANS 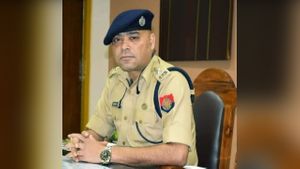 Death toll rises to 51 after train derails in eastern Taiwan