The apprehended cadres, along with the recovered items, were handed over to South Police Station in Kohima. 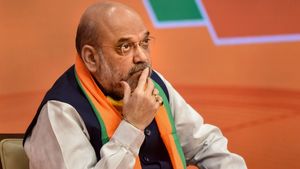