1st Test: India all out on 337, England don't enforce follow-on

Chennai, Feb 8: India on Monday got bundled out for 337 in their first innings, thus conceding a massive lead of 241 runs in reply to England's 578 on Day Four of the first Test here at the MA Chidambaram Stadium. However, the visitors have decided not to enforce the follow-on and will bat again.

Resuming the day at 257/6, India lost overnight batsman Ravichandran Ashwin just before the first-hour break as he got out against Jack Leach. Ashwin (31), stitched a valuable 80-run partnership with Washington Sundar before his departure.

Shahbaz Nadeem, who came in next, went back to the dressing room without troubling the scorers, becoming the second scalp of Leach.

Ishant Sharma (4) also didn't stay long at the crease and was out caught at short-leg on a well directed short-delivery from James Anderson.

Jasprit Bumrah was the last wicket to fall as he was caught brilliantly at the slips by Ben Stokes against Anderson. Sundar remained unbeaten on 85 for which he faced 138 deliveries. He scored 12 boundaries and two sixes during the course of his innings.

Off-spinner Dominic Bess was the pick of the England bowlers as he scalped four wickets in the 26 overs he bowled. Leach, Jofra Archer and Anderson scalped two-two wickets each.

Earlier on the third day, Rishabh Pant and Cheteshwar Pujara had made valuable contributions of 91 and 73 respectively. Skipper Virat Kohli and his deputy Ajinkya Rahane had failed with the bat as they could score only 11 and 1 respectively.

England had scored 578 runs in their first innings, riding on a brilliant knock of 218 from skipper Joe Root. Dominic Sibley and Ben Stokes had also contributed with 87 and 82 respectively. No ‘ghar wapsi’ till farmers’ demands are met: Tikait 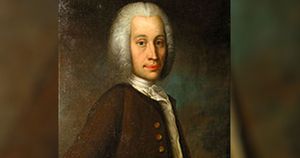