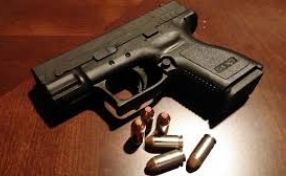 DERGAON, Jan 28: One person was hacked to death at Golaghat while another woman received serious bullet injuries at Kakdonga in Golaghat district during the last 12 hours.

Aasu Khan (32), a resident of Santipur in Golaghat was hacked to death with a dao (machete) by one Usuf Ali over an altercation in broad daylight today. Later the accused surrendered at Golaghat Sadar PS.

According to police, Aasu and Usuf developed an altercation over selling of a fish a week back. But the issue once again surfaced when Usuf attacked Aasu with the dao used in his fish and meat shop and Aasu died on the spot. Police investigation is on.

Meanwhile, a woman Bidhi Das of Majiukusi Koibarta Gaon of Somanai outpost under Dergaon PS was seriously injured when a bullet pierced through her body last night.

Police source said that Somani police had carried out a raid against a dacoit gang which was taking shelter in  her residence. Later, the dacoits attacked the police party and tried to snatch the rifles from police. To counter this, the police had to open fire on them because of which the woman in the residence was injured. However, the dacoits managed to escape in the cover of darkness. Police investigation is on. 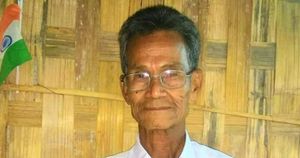